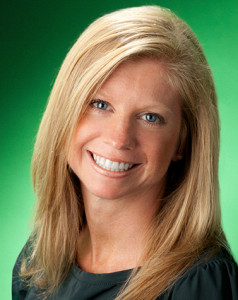 Hahn brokered the deal between YouTube, VEVO and American Express to create the award-winning Unstaged music series, which brings breakthrough artists to landmark venues, where their performances are staged by leading directors and broadcast live to an online audience.

She joined Google in 2006 during the launch of the Google Audio platform, and has been deeply involved with the development of offline media. She previously spent eight years in national and local advertising sales for Clear Channel Communications, and also worked with financial services and automotive industry marketers.

Hahn is president of the executive board of the “Newhouse 44,” the heart of the Newhouse alumni network, and a mentor for the Newhouse School’s Center for Digital Media Entrepreneurship.