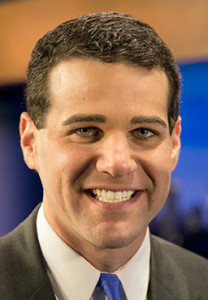 Lee Zurik is one of the most honored local investigative reporters in the country. After many years of sports reporting, he switched to news following Hurricane Katrina. His investigative career began in 2008, when he revealed corruption within New Orleans Affordable Homeownership, the city agency responsible for remediating Katrina-damaged properties belonging to low-income and elderly citizens. His series revealed contractor fraud and questionable relationships between the contractors and the head of the agency, and led to five guilty pleas and the shuttering of the agency. For his work, Zurik was honored with a George Foster Peabody award, an Alfred I. DuPont-Columbia University Award and the IRE Medal from Investigative Writers and Reporters, its highest honor for investigative reporting.

Zurik pairs public records requests with proficient computer-assisted research to look where no one ever has. Series after series, his hard-hitting investigations continue to effect change and garner respect. In total, he has been honored with two Peabody Awards, three duPont Silver Batons, seven National Edward R. Murrow Awards, the IRE Medal, three IRE Certificates, five Sigma Delta Chi Awards, a National Headliner and the Gannett Award for Digital Innovation in Watchdog Journalism.