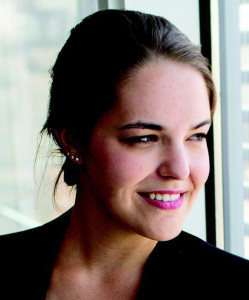 Previously, Deziel was the first editor of branded content at The New York Times, where she and her team created in-depth pieces sponsored by advertisers. Their “Women Inmates” piece, created in partnership with Netflix and “Orange Is The New Black,” earned a Digiday Award and an OMMA Award for Best Native Advertising Execution, and was among the top 2 percent of all content published on NYTimes.com. Before her role at the Times, she worked in a similar capacity for The Huffington Post.

Her byline has appeared in Rolling Stone, The Huffington Post, BuzzFeed and several blogs and metropolitan newspapers. She is a member of the Advertising Women of New York’s Young Executive Committee, the Advertising Research Foundation’s Young Professionals and the American Copy Editors Society.