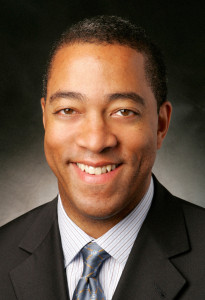 Dwight Caines develops and oversees domestic marketing campaigns for all films released by Columbia Pictures, TriStar Pictures, Screen Gems and Sony Pictures Animation. Since his appointment as president in 2013, Caines has overseen the campaigns for seven No. 1 films and several other hits.

Prior to his promotion, Caines launched the digital marketing efforts for the studio. Serving as the strategic planner and lead digital creative executive for Sony Pictures, Caines oversaw the digital campaigns for 200 of the studio’s biggest film titles and franchises. He joined Sony Pictures in February 1997 as director of market research, and was tapped three years later to create the digital marketing strategy department.

Prior to Sony Pictures, Caines played an instrumental role in the development of JP Morgan Chase’s online banking business by launching and managing its first call center dedicated to customers using the PC program Microsoft Money.

His portfolio of work has earned him honors that include several of The Hollywood Reporter’s Key Art Awards, a Clio Award and Webby Awards. In 2009, Caines received the Visionary Marketer Award from iMedia Connection.