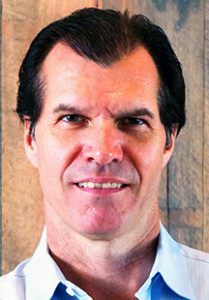 Sean Carey is an experienced media and entertainment executive whose 25-year career has included roles in film finance, corporate development, strategic planning, content acquisition and digital entertainment. At Netflix, he is responsible for the acquisition of television series for the expanding global footprint of the Netflix service.

Carey joined Netflix in 2011 to lead content acquisition as the company launched in international territories, including the Nordics, Australia and New Zealand. During this time, Netflix’s international subscriber base grew to more than 20 million members. Carey was also responsible for the acquisition of film and television content for the Netflix service in the United States and Canada.

Before joining Netflix, Carey was an executive at Sony Corporation and its subsidiaries, Sony Corporation of America and Sony Pictures Entertainment. As head of strategic content initiatives at Sony Corporation of America, he helped develop and implement partnerships with content providers that helped differentiate Sony devices and services. At Sony Pictures, Carey held several senior executive-level positions in the home entertainment and television divisions, where he was responsible for digital strategy and distribution. Prior to those roles, he led the corporate development group at Sony Pictures, where he was responsible for film financing, strategic planning and mergers and acquisitions.

He was one of the co-founders of the Syracuse University Los Angeles Program.