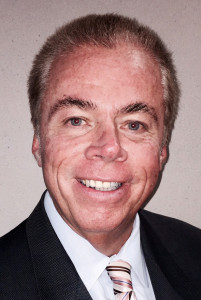 Ed Levine’s passion for radio started during childhood and continued to grow as he attended the Newhouse School. As a student, he was active with WAER-FM, eventually serving as program director.

Levine took the skills he learned at Syracuse University and put them to use in markets such as Washington, D.C., Houston and Albany, New York. His dream of ownership was realized when he signed his first station on the air in 1990.

The company has grown and changed over the years, but today Galaxy Communications owns 14 radio stations in Central New York. In addition to creating highly local content, Galaxy also has a robust events division, which puts on community staples such as Taste of Syracuse, KRockathon, and others.

A major advocate for the broadcasting industry, Levine has served for more than 20 years on the board of directors of the New York State Broadcasters Association, and is the founder and chairman of its Hall of Fame.

He is the recipient of the Crystal Ball Award from Central New York Sales & Marketing Executives, which is presented to the year’s top marketer in Central New York, and the MVP Award for community service from the Jim and Juli Boeheim Foundation.