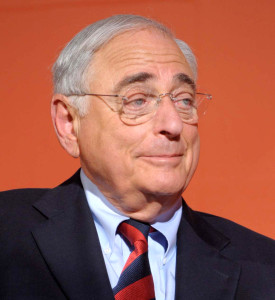 Fred Silverman is the only individual to have run the programming of all three original television networks—ABC, CBS and NBC.

As president and CEO of NBC, he brought to the air a number of notable programs, including the Emmy-winning miniseries “Shōgun” and weekly series “Hill Street Blues,” and he introduced David Letterman in his first TV series. Silverman also revitalized the news division and created a new FM radio division.

As president of ABC Entertainment, he brought the network’s ratings from third to first place and programmed landmark productions such as “Roots” and “Rich Man, Poor Man.” He also approved several long-running series such as “Three’s Company,” “Laverne & Shirley,” “What’s Happening!!,” and “Charlie’s Angels,” as well as the Emmy-winning news program “Good Morning America.”

Silverman also served as vice-president of programs at CBS, where he brought to the small screen such programs as “The Mary Tyler Moore Show,” “All in the Family” and “M*A*S*H.”

He has received numerous honors, including induction into the Academy of Television Arts and Sciences Hall of Fame, the Man of the Year Award from the National Association of Television Program Executives and the Richard Rogers Award from the Professional Children’s School of New York for “skilled leadership in raising the level of commercial television entertainment.”