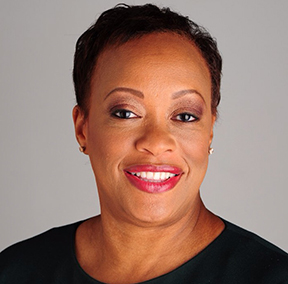 Debra Adams Simmons spent seven years as editor and managing editor of The Plain Dealer, the Newhouse-owned daily newspaper in Cleveland, Ohio, before joining its parent company, Advance Local, in 2014 as a vice president. She renewed the newspaper’s emphasis on watchdog journalism and led its transition to a digitally focused newsroom. At Advance Local, she focused on expanding content across platforms, reaching new audiences and recruiting news staff for the digital age.

Simmons is the immediate past president of the Associated Press Media Editors and serves on the board of directors of the American Society of News Editors and the International Women’s Media Foundation. She is a four-time Pulitzer Prize juror and spent five years as the Midwest judge for the Livingston Award for Young Journalists.

She began her journalism career at the Herald-Journal in Syracuse, and has also worked at the Hartford Courant, the Detroit Free Press, and the Virginian-Pilot, and served as editor and vice president of the Akron Beacon Journal.