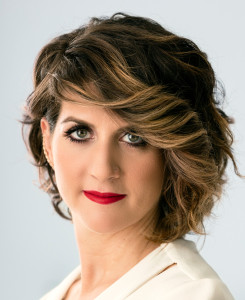 Higuera oversees brand strategy and operations, integrated communications, advertising and media for L’Oréal Paris’ four categories: cosmetics, skincare, hair color and haircare. Placing a strong emphasis on growing the company’s digital business, she led the implementation of L’Oréal Paris’ market-changing app, Makeup Genius. For this launch, and for improved search optimization and social media, the company earned a No. 1 Genius ranking from L2: Business Intelligence for Digital in 2014.

Previously, Higuera served as director of global marketing for Maybelline and directed the launch of the first-ever Maybelline skincare line in greater China. She went on to become Maybelline’s director of Asia-Pacific, and was responsible for the performance and profitability of 14 countries. During her tenure, Maybelline saw its highest profit levels in the region in 10 years. She has also held the role of global brand marketing manager for Avon.

Earlier this year, Higuera was named to Women’s Wear Daily Inc.’s list of the 50 most influential people in the U.S. multicultural beauty market.