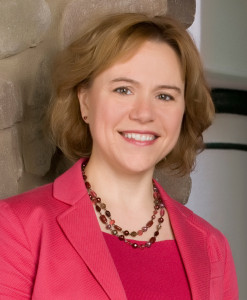 Melissa Richards-Person has been bringing insights to action and connecting to consumers through food, drinks and the meal experience for 15 years, for leading restaurant brands such as Olive Garden, Starbucks, KFC and Papa John’s. Her nearly 25-year marketing and advertising career has focused on harnessing consumer passion and using insight to change behavior and drive business.

In her current role, she continues to lead sports marketing efforts for Papa John’s internationally, including the NFL in the UK and Latin America; and the China Super League and baseball and “futbol” teams in Korea, India and Latin America. She is responsible for international marketing for more than 1,200 Papa John’s restaurants in 37 countries, and has helped shepherd creative, sponsorships, research, PR, social and digital media programs in four continents and five languages.

She began her career as promotion director for several top 25 market radio stations, and later worked in advertising and PR account management at agencies in the Southeast and Midwest.