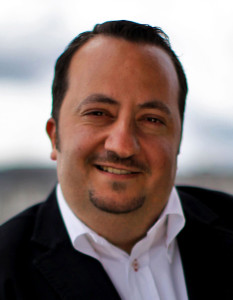 Rani Raad is responsible for the commercial strategy and vision for an international news and information portfolio that includes CNNI; CNN en Español; and the joint ventures CNN Turk, CNN Chile, CNN Japan, CNN Philippines and CNN Indonesia. He also manages Turner Broadcasting’s portfolio of general entertainment and kids channels in Turkey, the Middle East and Africa. He was previously senior vice president and managing director of CNN International Ad Sales and senior vice president for Turkey, the Middle East and Africa.

In 2013, Raad was listed 71st in the Arabian Business Power 500 list of the world’s most influential Arabs, and in 2015 was named by Arabian Business as the 13th most powerful Arab under 40. In 2011, the World Economic Forum recognized Raad as a Young Global Leader for his contributions to the media industry. He was also shortlisted for Media Professional of the Year at the prestigious Festival of Media Awards in 2010. He began his career with CNN in New York and is now based in London.