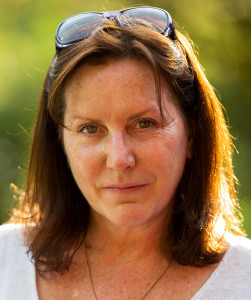 She studied graphic design at the Newhouse School until, in her senior year, she serendipitously took a photography course taught by Robert Gilka, legendary former director of photography for National Geographic, at Syracuse University’s London Center. In less than three weeks she had found a new path in life.

Fremson began her career at The Washington Times in 1989 before moving to the Associated Press in 1994. For the AP, she covered seminal world events including the reinstatement of President Jean-Bertrand Aristide in Haiti, the end of the civil war in Bosnia and Pope John Paul II’s visit to Cuba. She also covered the Clinton White House, and was part of a team that won a Pulitzer Prize for coverage of the Clinton impeachment. She also spent time at AP’s Jerusalem bureau.

She joined The New York Times in 2000. There, she covered 9/11 and its aftermath in Pakistan and Afghanistan, the Palestinian-Israeli conflict and the presidential campaigns of John McCain, Al Gore and Howard Dean. She worked on the groundbreaking Snow Fall project and spent a year documenting the life of a homeless child, which helped change New York City policies.