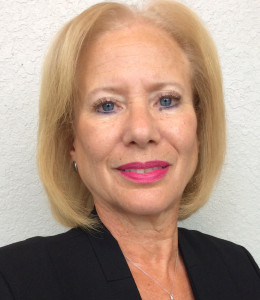 Helena Mitchell is a Regents’ Researcher, the highest status bestowed by the Board of Regents, which governs the University System of Georgia. She serves as executive director of the Center for Advanced Communications Policy and holds the rank of Principal Research Scientist at the Georgia Institute of Technology. Since 2001, she has also been the principal investigator for the Rehabilitation Engineering Research Center for Wireless Technologies, which is funded by the National Institute on Disability, Independent Living, and Rehabilitation Research, to research, evaluate and develop innovative wireless technologies and products that promote equitable access. She has also spearheaded several emergency communications projects funded by the U.S. Department of Homeland Security to increase access to alerts and warnings on mobile devices.

Mitchell’s areas of specialty include accessibility to advanced communications technologies, regulatory and legislative policy, emergency/public safety communications and universal service to vulnerable populations. She previously served as associate chief, strategic communications for the Office of Engineering and Technology; chief of the Emergency Broadcast System; and the first chief of the Emergency Alert System, which was selected as the FCC Exemplary Organization of the Year. Mitchell previously spearheaded telecommunications programs for the U.S. Department of Commerce’s National Telecommunications and Information Administration, and twice received the prestigious U.S. Department of Commerce Silver Medal.

Mitchell has worked with firms specializing in international cross-border activities in telecom, education and government; was a public television producer in New York City; and also served as director of the Office of Television and Radio and executive-in-charge of all public affairs and documentary programming at Rutgers University. She earned master’s and doctoral degrees from the Newhouse School.