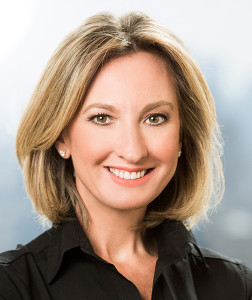 Tonia O’Connor serves as president of content distribution and corporate business development for Univision Communications Inc. (UCI), reporting directly to the CEO. In this role, O’Connor drives the company’s content distribution efforts across all screens, including online and mobile. She leads UCI’s efforts to expand its content availability and licensing revenue by securing key partnerships and new business models with both traditional and emerging content distributors.

Under her leadership, the company launched UVideos, the first ever bilingual digital video network, as well as the company’s first over the top English-language digital network, Flama, made by and for Hispanic millennials. Additionally, O’Connor works with other key leaders across UCI to coordinate joint ventures and investments to develop new businesses. She also started and sponsors UCI’s Women’s Leadership Council, an employee resource group organized to help advance women across the company and prepare the next generation of women leaders.

O’Connor has received multiple awards and recognitions, including the Liberty Award from the Philadelphia Chapter of Women in Cable Telecommunications in 2005, the Wonder Women Award from Multichannel News in 2011 and the Power Woman Award from Moves Magazine in 2011. She appeared on CableFax’s 50 Most Powerful Women in Cable list in 2005 and 2006, as well as every year from 2008-2014, and on the magazine’s Top 100 list annually beginning in 2008. She was also named as one of Cynopsis’ Most Intriguing People in 2013 and featured in The Hollywood Reporter’s Women in Entertainment Power 100 list in 2012 and 2013.

She is supportive of industry organizations and serves on the Newhouse Advisory Board and the executive committee of the board for the T. Howard Foundation. She is also a director on the board of El Rey Network, a cable network started by filmmaker Robert Rodriguez.