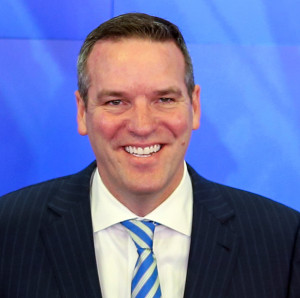 For more than two decades, James Olson has served as a strategic communications leader and adviser for some of the world’s top companies. At Starbucks, he is responsible for building and protecting the company’s brand reputation—helping Starbucks earn the No. 5 spot on Fortune magazine’s list of the World’s Most Admired Companies.

Prior to joining Starbucks, Olson was vice president of corporate communications at US Airways (now American Airlines), where he led internal and external communications and orchestrated the crisis communications response for one of the most high-profile airline accidents in aviation history: the emergency landing of Flight 1549 on an icy Hudson River in New York City. His team’s work has been widely recognized as a model for 21st Century crisis management.

Olson and the public relations teams he has served on have been recognized with numerous honors, including a 2013 Public Relations Society of America (PRSA) Silver Anvil Award and PR Week’s 2014 Global In-House Communications Team of the Year. He was co-chair of the 2014 PRSA International Conference.