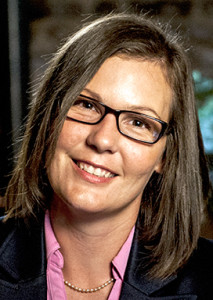 Stacy L. Pearsall got her start as an Air Force photographer at the age of 17. She traveled to more than 41 countries and, during three combat tours, earned the Bronze Star Medal and Air Force Commendation with Valor for combat actions in Iraq. She is one of only two women to earn the National Press Photographers Association’s Military Photographer of the Year award, and the only woman to have earned it twice. She is also the recipient of several other awards, including recognition by the White House as a “Champion of Change.”

Following military service, Pearsall purchased the Charleston Center for Photography, growing the once grass-roots photo club into a reputable brand for photography education, studio rentals, fine art print labs and a gallery. She sold the center in 2012.

She founded the Veterans Portrait Project in 2008. She has traveled to more than 56 cities and has documented about 5,000 veterans.

Pearsall is the author of “Shooter: Combat from Behind the Camera” and “A Photojournalist’s Field Guide: In the Trenches with Combat Photographer Stacy Pearsall.” Combat disabled and retired from military service, Pearsall continues to work worldwide as a freelance photographer.