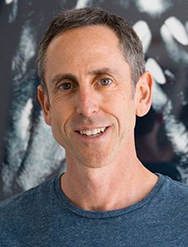 The FADER and Cornerstone Agency

In 1997, Jon Cohen became co-CEO, alongside Rob Stone, of Cornerstone. The award-winning global creative agency “sits on the nexus of branding and music, and are arguably the pioneers in the movement,” according to Billboard magazine. Using unconventional immersion marketing techniques, Cohen knows how to create “buzz” that successfully elevates brands to cult status.

In 1999, Stone and Cohen launched The FADER, an award-winning music, style and culture publication and the unofficial guide to what’s next in music. The publication, which The New York Times has called the industry’s “music and fashion bible,” has been credited with placing now A-list artists on its cover first. Cohen also co-founded FADER Label, which has released critically acclaimed albums by Matt & Kim, Editors and Saul Williams.