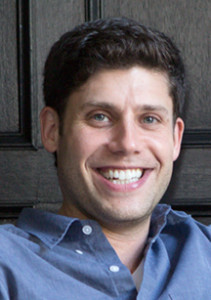 Michael H. Weber is a screenwriter and producer of various studio and independent films.

With Scott Neustadter, he adapted “The Fault in our Stars,” based on the bestselling novel by John Green. In June 2014 it opened as the No. 1 movie in America and went on to gross more than $300 million worldwide.

Weber co-wrote “(500) Days of Summer,” which was nominated for Best Feature—Comedy at the Golden Globe Awards and earned him an Independent Spirit Award and a Golden Satellite Award for Best Screenplay of the Year.

He also co-wrote and executive produced the critically acclaimed independent film “The Spectacular Now,” an official selection of the 2013 Sundance Film Festival. The film was nominated for two Indie Spirit Awards, including Best Screenplay, and the National Board of Review named it a Top Ten Independent Film of 2013.

Weber and Neustadter’s other projects include adaptations of “Where’d You Go Bernadette” for Annapurna, “Looking for Alaska” for Paramount and “The Rosie Project” for Sony. Working with Netflix, they are adapting “Our Souls At Night,” starring Robert Redford and Jane Fonda. Their adaptation of “The Disaster Artist,” for Seth Rogen and James Franco, will begin production later this year.

Since selling their first script in 2005, they have written for Fox, Warner Bros., Universal, Sony, Paramount and Disney.